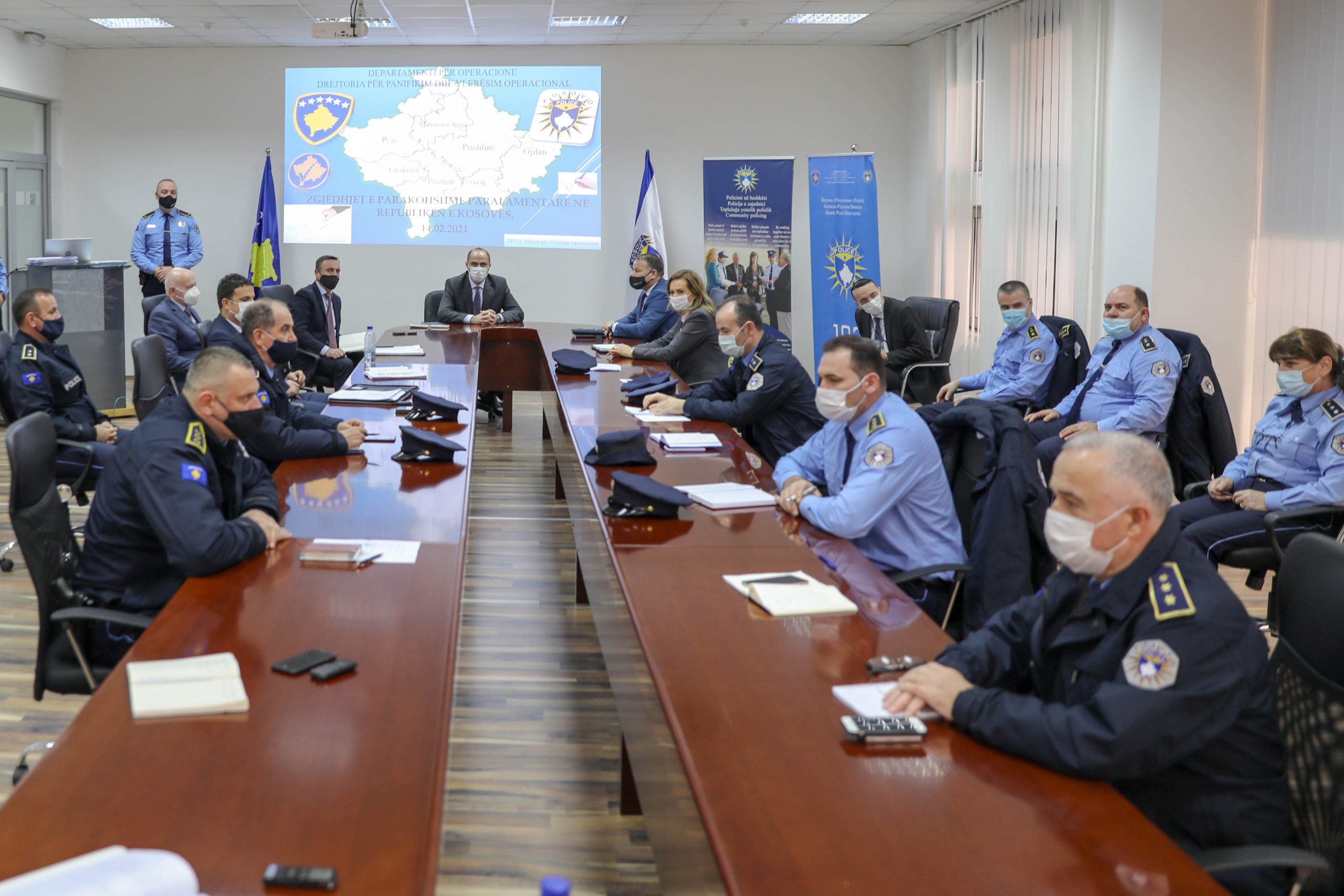 In the General Directorate of Kosovo Police was held an official meeting regarding the engagement of the police in the operational plan for “Early parliamentary elections”. The meeting was chaired by the General Director of Kosovo Police Mr. Samedin Mehmeti, where there participated the senior management of KP: Directors of Departments, Directors of Divisions and Regional Directorates, who were informed regarding the police planning, assessment and engagements in providing security during the election process, as an important process for the country.

Director Mehmeti, during this meeting stressed that through the implementation of the operational plan, should be created a safe and peaceful environment for all citizens of the Republic of Kosovo through maintaining order, peace and public safety in the country before, during and after the process of elections

The operational planning has foreseen the implementation and realization of the police operation in four phases, as it started from the pre-election or preparatory evaluation period, then the engagement in providing security during the pre-election campaign, the engagement and guarantee of security in the key phase of election day as day (Z ), as well as the period after the elections which provides for the transport under escort and security of the KP of sensitive material until the end of the process

Kosovo Police will engage a sufficient number of police officers of different profiles, belonging to different units within the police, and has taken additional measures by appointing police coordinators with the CEC and other institutions engaged in this process.

In this meeting, was also discussed about the initiation and prosecution of any criminal offense against the right to vote and the undertaking of all procedural / criminal measures against anyone who violates the laws of the country that regulate / sanction illegal actions against free and democratic elections, in coordination and close cooperation with the State Prosecutor’s Office according to action plans and preliminary agreements based on law.

Kosovo Police remains committed to fulfilling its legal duties and responsibilities in a professional, transparent and impartial manner towards the citizens and the country, therefore encourages all citizens to cooperate with the Kosovo Police and at the same time to report on any illegal case relating to security and the electoral process or beyond.

From landline and mobile phones: 192 or electronic address info@kosovopolice.com as well as the closest police stations. 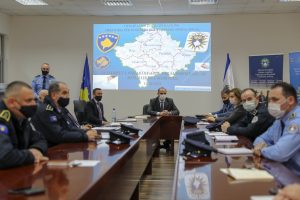 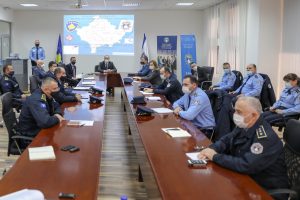 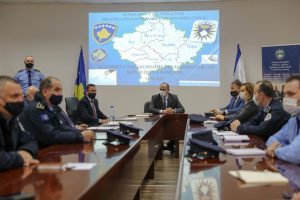