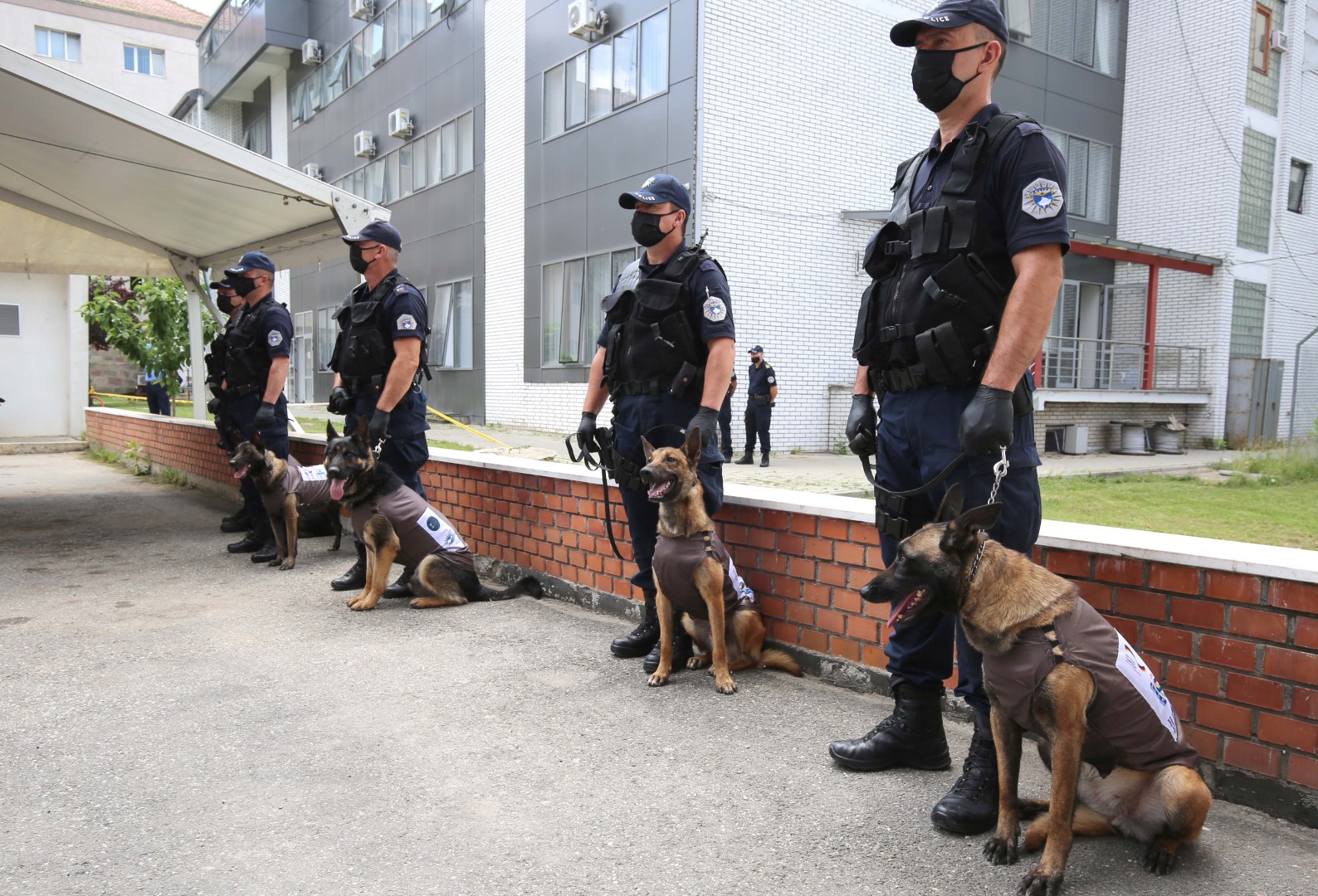 While the KP K9 dogs are trained in detection of black powder or contaminated weapons, new technologies, using non-traditional materials such as polymers, are increasingly being used in small arms manufacturing. Through the Support to Combating Illicit Arms Trafficking (CIAT) in Kosovo project, generously funded by the German government, five (5) K9 dogs have been procured for the Kosovo Police which will be trained by the K9 certified instructors of the KP on Polymer sniffing. The dogs will be a great addition to the K9 Unit assisting the law enforcement agency in effectively identifying trafficked illicit arms, especially polymer ones.

At the event, Mr. Rashit Qalaj, General Director of Kosovo Police and Ms. Maria Suokko, UNDP Resident Representative signed the handover documents and there was a short presentation of the “dogs in action” to show the abilities of the latest additions of the K9 Unit to participants.