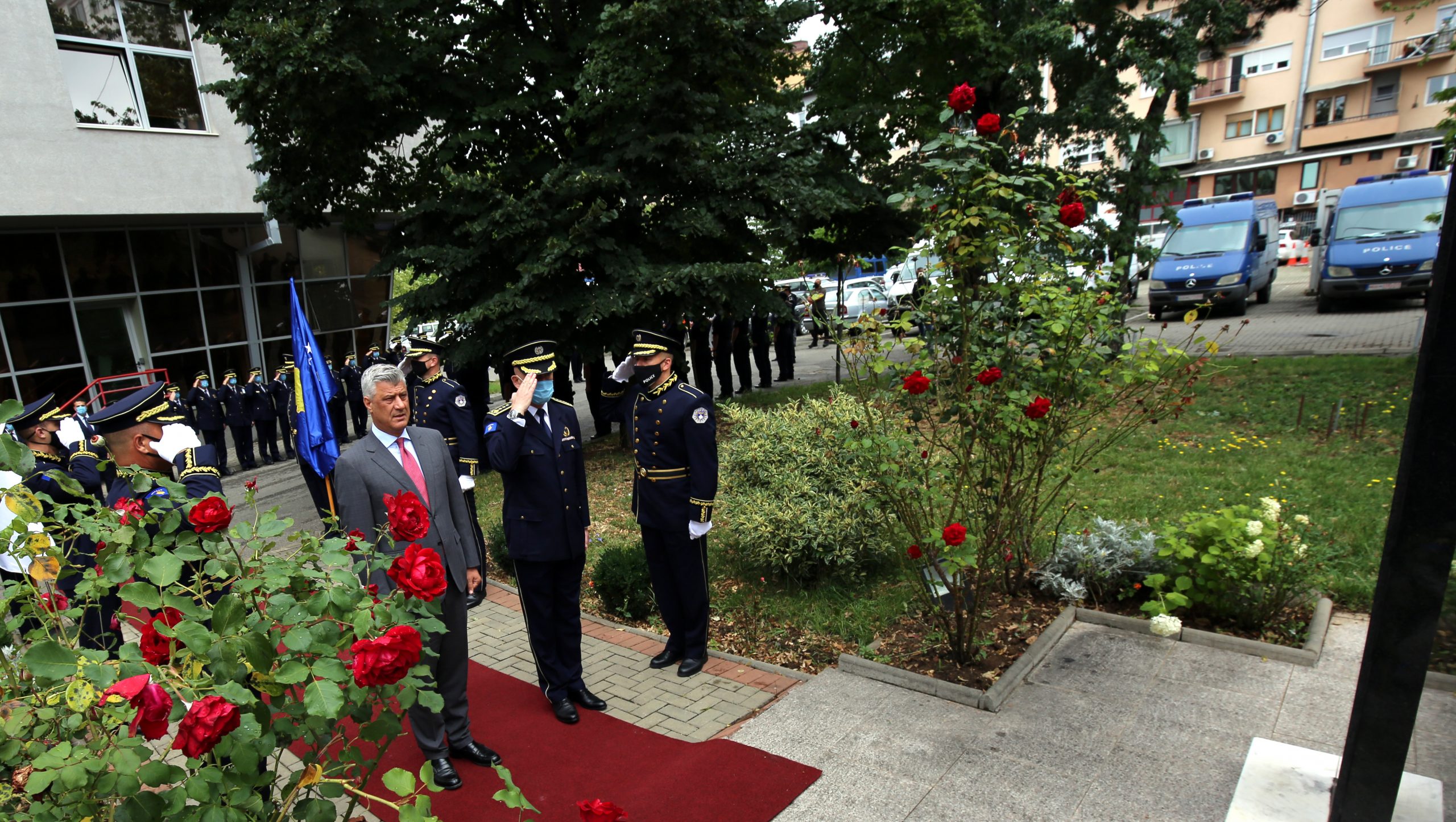 In the honor of marking the anniversary of falling in duty of the Kosovo’s hero, Enver ZYMERI, Kosovo Police today conducted activities in memory and honor of his work and heroism.

In this memorial homage have participated the President of the Republic of Kosovo, Mr. Hashim Thaçi, the Prime Minister of the Republic of Kosovo, Mr. Abdullah Hoti, the Minister of Internal Affairs, Mr. Agim Veliu, accompanied by the General Director, Mr. Rashit Qalaj, and the senior KP management , where they laid wreaths at the tombstone of the hero in the complex of the General Directorate of Police in Pristina. Present at this memorial ceremony were also the family members of the hero ZYMERI

After the homage and honor of the Hero ZYMERI, the Prime Minister of the Republic of Kosovo Mr. Avdullah Hoti and the Minister of MIA Mr. Agim Veliu, held an official meeting with the General Director of Kosovo Police Mr. Rashit Qalaj, where they discussed the security situation in the country and situation management during the COVID-19 pandemic

Then Director Qalaj, continued a meeting with senior management of KP, Directors of Departments and Regional Directorates, where the topic of discussion of this meeting was also the security situation and pandemic management.

Director Qalaj once again demanded additional commitment and further increase of measures and police actions on the ground, in order to prevent the increase of pandemic cases, protect public health and take measures against those who do not respect the measures and decisions of the Government